Your cat is having trouble urinating in the litter box when he or she spends more time than expected urinating or is having accidents around the house. As a cat owner, you should be aware of a urinary disease that could have several different names, but are in fact the same disease.

FUS, and is now more commonly called 'feline idiopathic cystitis' or 'FIC'. 'Cystitis' is the term commonly used to describe bladder inflammation. 'Idiopathic' means the cause is unknown or more accurately, us idiots don't know the precise cause. Idiopathic cystitis in cats is similar to interstitial cystitis in humans. FLUTD affects the cat's urinary bladder and sometimes the urethra (the tube-like structure that leads from the bladder to the outside of the body).

Since it can be confusing at best, we will refer to it as Feline Urologic Syndrome or simply as FUS.


FUS in cats is a serious disease. It can kill a cat. Signs of FUS include:


It is thought that stress may play a major role in the development of FUS. Stressors may include changes in the number of family members (both human and animal); changes in the litter box location, litter type, or cleanliness; changes in diet; a new neighbor cat in the back yard or changes in the routine (e.g., no longer goes outside, owner no longer plays with cat). Remember to think like a cat, not a human. Cats do not need to file taxes on April 15th! That is not the stress I am talking about. What may seem unimportant to you may be the stressor for your cat.

Although the exact cause of FUS is not completely understood, it encompasses four common disorders:

The most serious symptom of this feline medical problem is caused when small crystals made up of calcium and magnesium form in the bladder. Occasionally these crystals or stones will pass from the bladder to the urethra. When the urethra is blocked, the situation can become critical very rapidly. If left untreated, a feline with a blocked urethra who is unable to urinate can die within 48 hours (worth repeating). If you have a cat who shows signs of painful urination (they will usually cry inside the litter box), or blood in the urine, your pet should be taken to the animal hospital for examination immediately.


If your cat shows signs of FUS it will always be considered a medical emergency. A completely blocked urethra can lead to death in as little as two days.

At your veterinarian or animal hospital, the following steps will most likely be taken:


As a note of interest, we have been using Cold Laser Therapy (January 3, 2015 Blog) as an instrument to decrease inflammation and pain with good success in addition to the standard treatments.

We will send these cats home on a strict diet to address urinary pH, stress, and minerals in the urine. Some of the prescription diets we use are Hill's Science Diet products and Royal Canin. 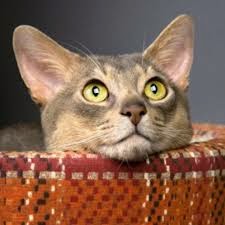 What ever you want to call it, FUS is a disease you should be aware of if you own a cat. Too many times, the words, "if I had only known sooner" is muttered by the owner when a patient is brought in to the hospital in renal failure or has irreversible damage to the bladder caused by FUS.
The Providence Veterinary Hospital Blog is a publication of Peter Herman, VMD, at the Providence Veterinary Hospital, 2400 Providence Ave. in Chester, PA. Contact Dr. Herman at 610-872-4000 or visit us at http://www.providencevet.com.